"I am very fortunate that at my yard I am supported by a great team who give all the horses the very best care and attention.

Their support is vital to my success; I am able to rely on them so I can concentrate on competing, training, teaching and fulfilling the demands of demonstrations, the media and working with my sponsors." 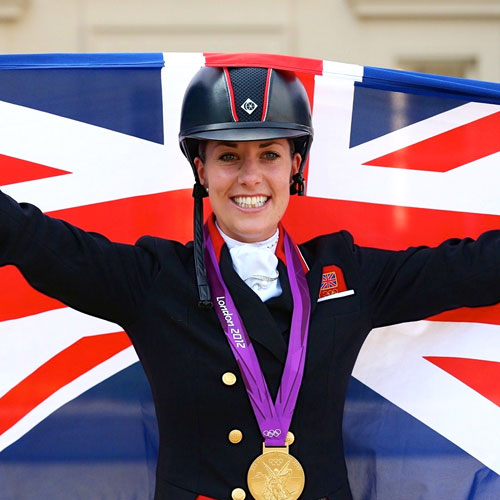 Charlotte's early years were spend showing ponies including success at Horse of the Year Show and Hickstead, clearly horses were already in her blood!

After leaving school at 16 Charlotte went to work for dressage rider and trainer Judy Harvey for four years. At the beginning of 2007, at Judy's suggestion, she came to Carl for some lessons, he asked her to help out for 10 days and she has never left! She had no idea in 2007 she had made a choice that would determine her future! 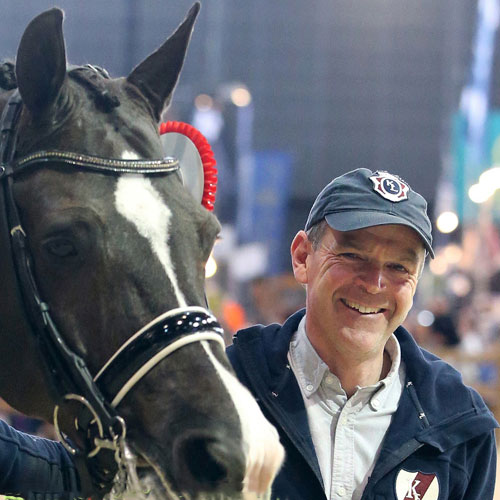 Alan is Carl's international travelling groom, with Valegro, Uthopia, Nip Tuck and the other horses at the yard Alan has clocked up many thousands of air and road miles and travelled the world to Olympics, World and European Championships. Alan's attention to detail and devotion to his charges has earned him recognition wherever he goes, now known as 'super groom' he has helped demonstrate the rewards and enjoyment of a being career groom.

Alan has worked with horses since leaving school, before joining Carl he worked with several international riders. His own background is showing and he has ridden successfully at the RIHS and HOYS with both hunters and riding horses. His hobby is breeding and showing his Shetlands in-hand which he does with great success. 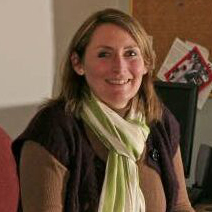 Claudine works as Carl's personal assistant. Originally from Jersey Claudine left the island in 2000 to work at Carl's yard, her role as PA evolved and soon became full time.

Now a mum of two young boys she juggles raising her family with running Carl's office. Claudine makes sure all correspondence is answered, entries done, travel arrangements made, passports up to date, paying the bills and everything else involved in the behind the scenes running of the yard. 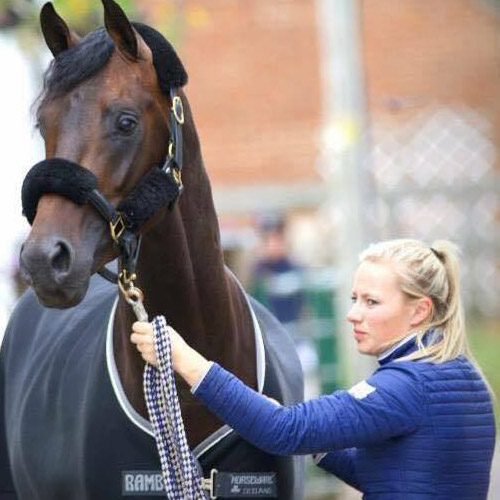 From a non horsey background Sadie started riding aged 8 at her local riding school Quob Stables in Southampton. Sadie's introduction to dressage aged 16 was with a cob she had on loan, bitten by the dressage bug she went to work for Roland Tong riding youngsters and gaining experience competing, during those 5 years Sadie won 4 national titles and has gone on to win a total of 13 national titles to date.

Sadie then worked freelance for 3 years riding for Annie McDonald Hall and Sarah Tyler-Evans. It was Sarah who brought Sadie for training with Carl and when Charlotte visited the yard Sadie took the opportunity to have some lessons with her. Both Carl and Charlotte recognised her talent and invited Sadie to join the team. 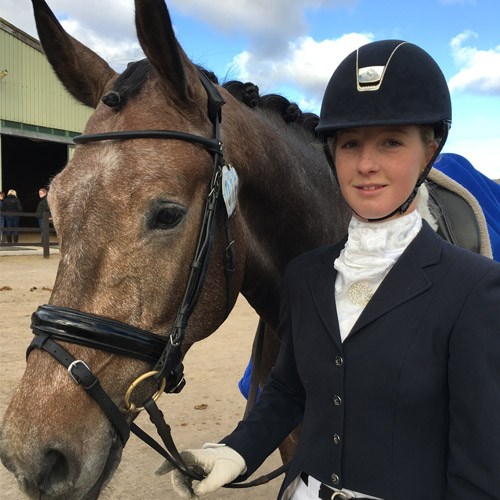 Chloe has ridden since she was very young and enjoyed showing and side saddle before changing to dressage. From school Chloe went to work for Peter Storr where she became committed to a career in dressage. The following 2 years working at Shannon Equestrian gained Chloe a lot of  experience riding and competing a variety of youngsters. During this time Chloe bought a 5 year old who she trained to advanced with help from Charlotte. Chloe's keenness to learn was recognised by Charlotte and an introduction to Carl led her to join the team. 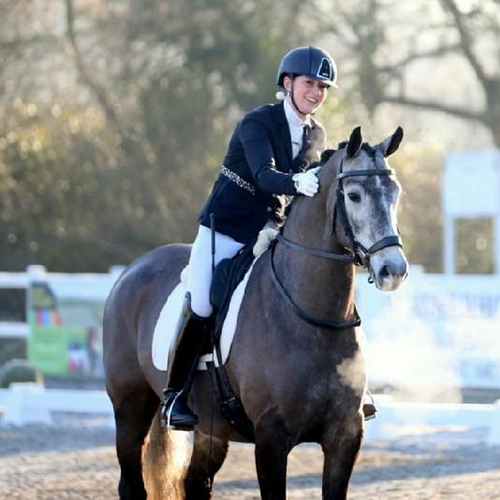 Lucy was put on a pony before she could walk and at an early age was showing ponies with success. While a member of the local Pony Club Lucy backed and trained her own Welsh section D cob and together they competed successfully in dressage to medium level. A diploma in Equine Business at Hartpury College followed during which time Lucy worked part time at Carl's yard. Two years working for Sandra Biddlecombe followed where she backed and schooled young dressage horses and gained valuable experience. When the offer of a full time position at Carl's was offered Lucy was quick to accept.

Ellen Glover
Rider - Groom
Ellen studied Horse Management at Hartpury College where she achieved with top grades and was presented with an Extended Diploma of Horse Management and gained two awards for practicality and dedication.
During this time Ellen started competing in dressage and having regular training with Sadie Smith. Ellen has won two regional titles and competed at three national championships. Her dedication was rewarded by a job offer from Carl which she eagerly accepted to learn more and gain valuable experience.