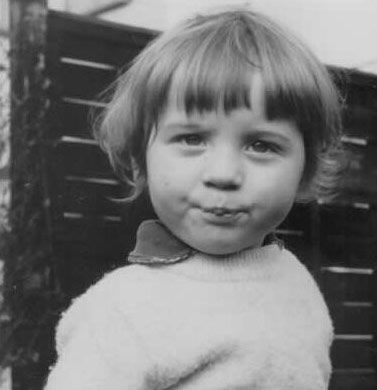 Carl was raised on the tiny Channel island of Sark, the island has no cars and horses are very much part of Sark life. It is no surprise that Carl learnt to ride, what is more surprising is where his early introduction to horses on this sleepy island has led him. 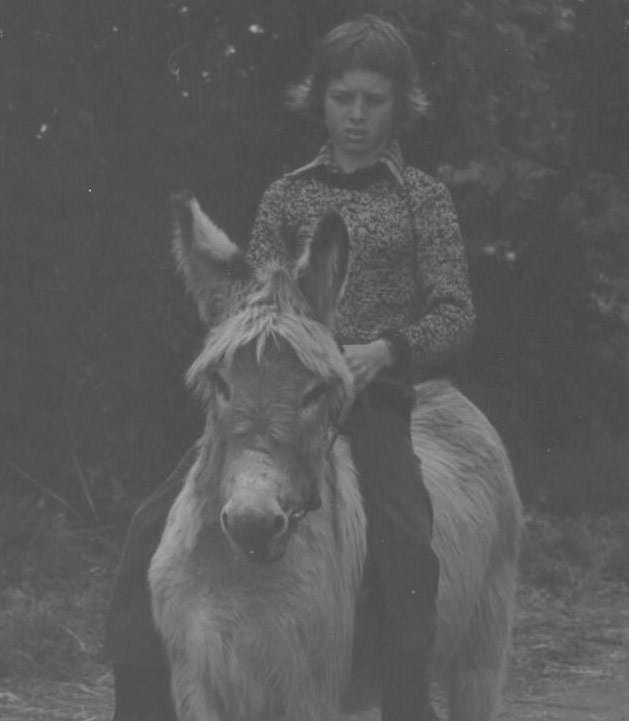 The first equine to be subjected to Carl’s skill was a donkey that Carl would ride to the village shop. Always eager on the way there for the chance of a carrot he stubbornly refused to leave for the journey home. Carl would get on board, then be handed the shopping and with a flap of the carrier bags that frightened the donkey they set off home at a spanking gallop.

The donkey was followed by a string of ponies and horses on the island, many led a double life pulling carriages in the day and becoming gymkana ponies for the local kids on their days off. Carl, like most kids raised on Sark drove carriages for tourists in school holidays as a way to earn pocket money. 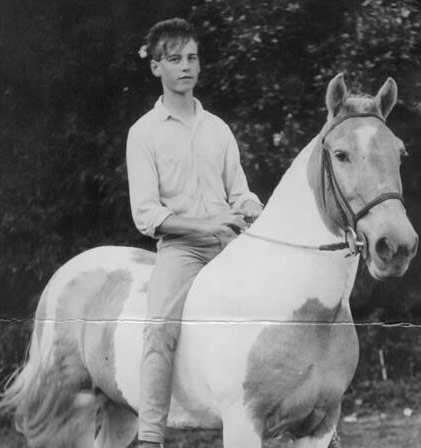 Once a year the whole island gets together for the Sark horse show.  This tradition still remains and the horse show weekend has now become an annual pilgrimage for Carl and friends. On one memorable trip Carl, with fellow riders Richard Barrett and Peter Storr, entered the bareback race. This is three laps at flat out gallop against the locals around a large field with every shape and size of horse and pony entered. If you think Carl is competitive in a grand prix you should have seen him that day, overtaking dangerously, cutting people up. He won and was as pleased as if it was a medal!

His biggest fan is his grandma who looks forward to Carl’s visit every summer. As the boat leaves Sark Nan waves from a rocky hill-top just as she did when Carl went off to school. It is tradition on Sark for ladies to throw a posy of flowers from the boat as it leaves, if the posy drifts back toward the island it means you will return. Luckily they always do. 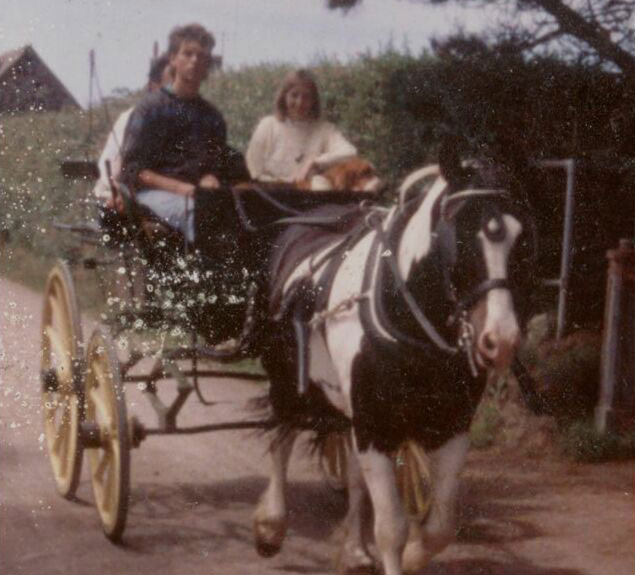 At 19 Carl had no ambition or aspirations but with no jobs on Sark and winter coming he decided to apply for a job with horses on the mainland. Through an advertisement in Horse and Hound Carl arrived at the Fortune Centre in Hampshire, where adults with learning and physical disabilities are given a sense of freedom and achievement through riding. It was there Carl had his first opportunity to compete and it was on the Fortune Centre’s skewbald mare, Jolly Dolly, that Carl won the 1985 Young Dressage Rider Championship.

His next job took him to the Gloucestershire village of Bourton on the Hill and the farm of Jannie and Christopher Taylor. "The three and a half years with the Taylors were happy years. I was made to ride difficult horses, Jannie’s speciality, which resulted in a broken ankle and shoulder during my brief eventing career. However I did compete at the first Blenheim Horse Trials and won the Spillers Dressage with Jumping Championship. It was during this time that I learnt the true basis of horsemanship, finding a way based on tact, patience, firmness and kindness when dealing with horses with behavioural problems. Making them think for themselves, rather than having their natural character and ability suppressed through harshness, this has stayed with me." 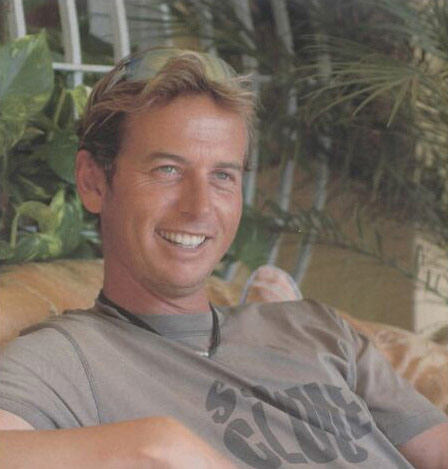 A Dressage Star is Born

Carl’s career took the most dramatic turn when Dr Bechtolsheimer approached him to join his yard as a rider. “I was totally overawed at the interview; I had never seen a yard like it or horses of this calibre. When Dr B asked me how much I would want I said nothing! To ride the horses would be enough! I remember Dr B smiling and saying how does £XX a week and a cottage sound. I thought all my birthdays had come at once!”

This part of Carl’s career is well documented but it is sufficient to say that Carl feels a lasting fondness and debt to Dr and Mrs B who literally gave him the chance of a lifetime.” I rode and trained with Dr B for three and a half years and in 1990 went to the World Championships on Rubelit von Unkenriff, the European Championships in 1991 and in 1992 the Barcelona Olympics on Georgioni. I was the youngest British rider to ever compete in an Olympic Games. It was the most amazing thing that had ever happened to me, and a period that changed the course of my life.” 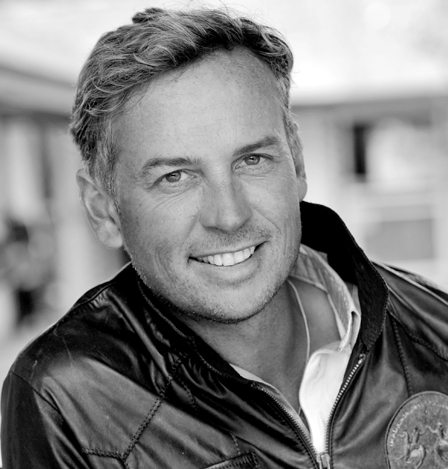 On leaving Dr B Carl went into a business partnership with Kate Carter at her yard at Stow on the Wold. This continued until Kate decided to move for more space for her stud activities and soon Carl too had moved to buy his own yard.

There is no such thing as a lie-in at Carls. He is irritatingly cheerful and bouncing with energy first thing in the morning. With his mobile ringing and a shout to the dogs he is off to the yard. The schedule is tight, but not hurried where the horses are concerned. Carl never rushes a schooling session and each horse is worked for as long as is required to achieve the goal Carl has set. He misses nothing and calls instructions to the others on the team as they school along side him. The radio plays and quiet concentration fills the air. The afternoons are when Carl teaches his many clients.